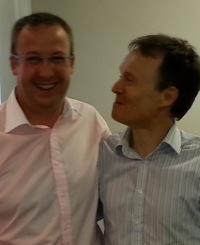 Simon Chaplin is a very successful accountant based in Peterborough who helps small business owners take their companies to the next level through his advanced mentoring group which meets for a full day every month except August.

I have helped him with a number of projects.

One time he asked me to rewrite the online sales letter for a one-day Bravest Business event.

I started by interviewing him over the phone to get his ‘rags to riches’ story. This took nearly an hour. I recorded the call and took plenty of notes and created a structure I was happy with, pulling out the most dramatic and interesting elements which I elicited by asking pertinent questions. 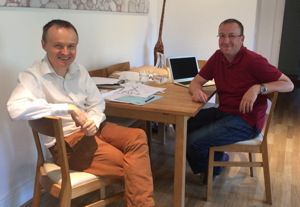 Simon and I working together in my home

I asked him for a list of happy clients and rang 5 of them. I interviewed each for up to an hour, and again recorded the calls and took copious notes. It wasn’t easy getting the stories I wanted, but his clients were very patient with me.

I then put the sales letter together using a WordPress theme called OptimizePress which I really like using.

Here’s the headline. You can see that the pre-headline in blue tells the reader who is the target audience so he/she can say “This is about me!”. The headline clearly explains a dilemma the reader is likely facing – so busy that they feel chained to their desks – and teases that there are 7 steps to turning their business around. That’s intriguing! It also promises a guarantee: Simon is willing to put his money where his mouth is.

After a brief “Hello” I ask two pertinent questions that the target audience is likely to reply ‘yes’ to. I tell them that they are not alone.

I chose a bright happy photo of Simon and added a friendly “This is me, Simon” as a caption: here is someone the reader can trust. I wrote about Simon’s initial cockiness…

I add some drama…

Notice below the way I write “88 hours.” and then repeat this for emphasis. I follow with a one-word paragraph and then a three-word paragraph to add further impact – and to break up the copy so it’s easy to read and digest…

Here’s a little later in the copy where I talk about the complete transformation, and some simple statistics. I also added his firm’s very attractive logo and a caption with simple words which convey a message which will be attractive to the reader…

Further into the letter I added in a number of testimonials with photos which I think make a big difference to prove that these words are from a real person that a reader can believe and even research online if they wish. I pulled out a dramatic headline. These three paragraphs are the core essence of the almost hour-long call I had with Julie… 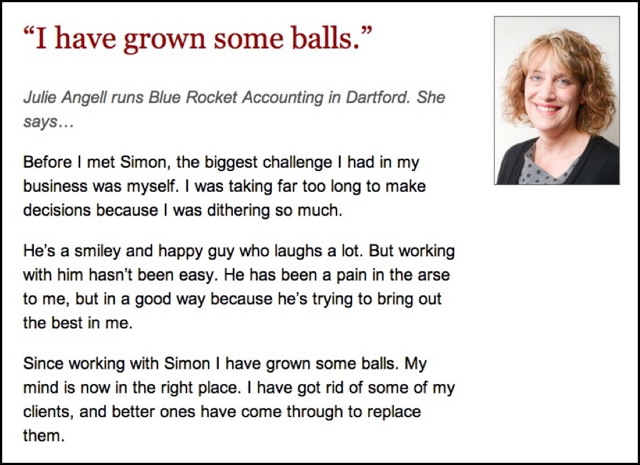 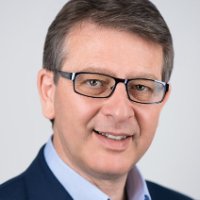 The sales letter was a great success for Simon and helped him fill three one-day events. I went to one of them as I was interested to see Simon present. I sat down next to a really lovely guy called Mark Lee (pictured right) who turned out to be a consultant who works with accountants.

I asked him why he was attending. He replied, “One reason is that I wanted to come and find out who wrote the sales letter for this event because it’s excellent!” I told him that I had written the letter and his eyes nearly popped out of his head! We had a terrific conversation after that, and that eventually led to him coming in working with me. See here.