Ro Goodwin is a filmmaker based in Scotland. Here’s a photo of him behind a camera… 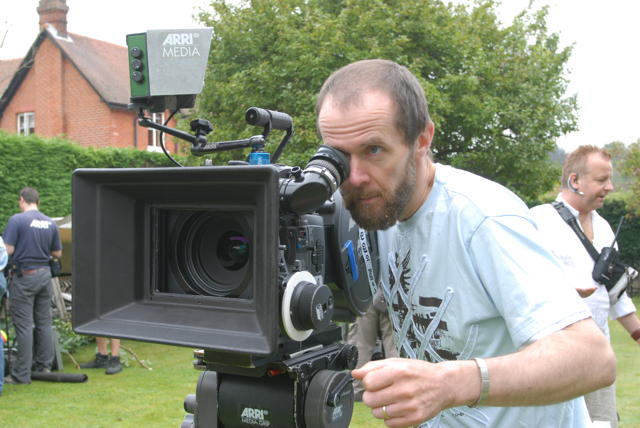 He sent me this email today to put on this website…

“I first came across Chris via an interview on a monthly subscription CD called The Achiever’s Edge, published by renowned sales trainer Peter Thomson.

“I remember driving in my car and listening to Peter interviewing Chris. It made a big impression on me. Chris was doing something out of this world – and cutting edge – in his business. He was totally switched on, and on fire.

“Stepping forward to the present day. I got in touch with Chris as I’m soon to launch my first book, called Power-Love. I wanted to let him know that, in the book, I talk about an insight I got from Chris many years ago, and I mention him again in the Acknowledgement. I also wanted some advice.

“On a phone call with Chris I was stunned with what I heard. Wow wow wow. Chris told me things about information publishing that I had never thought or heard of before. For me he lifted the lid on this industry and gave me a series of next steps which will have a major impact on my book sales. Wonderful.”

I’m touched that Ro sent me these words. 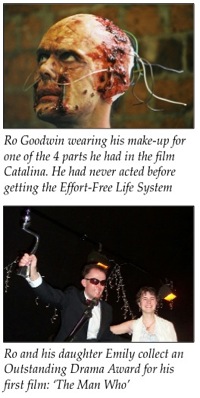 “I have done so many different jobs in the past from taxi driver to salesman, and from security guard to charity fund-raiser that I felt destined to be a ‘flitter’ – which wasn’t a happy thought.

“Using the Effort-Free Life System I suddenly remembered I’d always had a dream to be a filmmaker, and I became very excited. I bought 4 books on filmmaking, wrote my first screenplay a month later, booked myself onto a 2-day filmmaking course, and not long after that I had completed my first 10-minute film called The Man Who , using 18 crew, 38 cast and 12 locations – having never done anything remotely like this before! When I told some other filmmakers what we did, and then added that it was my first film, their jaws dropped open!

“All the way through pre-production and filming my self-talk has been: ‘It’s all so effortless.’ I believed it. And it was. In previous endeavours (and without the Effort-Free Life System) I have given up when things looked like they were against me. This time it has been so different because of my relaxed and ‘effortless’ frame of mind. The film was given an award for Outstanding Drama at the Nub Film Festival held in Evanton in December.

“I also ended up appearing as 4 different characters in a feature film called Catalina – including having several lines – despite never having acted before!

“Since then I have written other scripts: taken one to a 103-page screenplay (equivalent to a 1 hour and 43 minute feature film) and have outlines for 5 others. Also I have half a dozen short film screenplay ideas, one of which is ready to be filmed. (Amazingly I didn’t like English in school and failed it 3 years running!)

“Other people who are considering getting the Effort-Free Life System may not want to be a filmmaker – but at least they can see that if a professional ‘job flitter’ like me can very quickly create massive results with this System then anyone can discover what they would really like to have in life – and have it happen almost like magic!”

If you would like a free consultation call to help with your product creation or marketing, drop me a line via my Contact Me page.